In recent years, the Kingston School of Art has slowly established itself as a “Londonian” competitor to the big boys (the Bartlett, the Royal College of Art and the London Metropolitan University), ranking second in London in The of the guardian University Guide 2022. Far from being controversial, it is marketed with a view to “continuity of architectural culture”. The school was established in 1899, rebranded five years ago when it reintroduced its original name and commissioned Haworth Tompkins to complete a comprehensive upgrade of its 1970s Mill Street building in 2019.

Kingston University also made positive architectural headlines over the past year when its townhouse, by Irish firm Grafton, won big and twice. First with the RIBA Stirling Prize 2021 then a Mies van der Rohe Award in 2022.

This year’s Architecture, Landscape and Urban Planning Degree Fair, spread across the fourth and fifth floors of the department, is all about scale and typology. Units (postgraduate) and studios (undergraduate) are mixed across the space and demonstrate that their students’ work is incredibly competent. They are taught by a range of tutors from a mix of established and emerging design-focused practices well known in architectural circles, including Clancy Moore, Price Gore and Apparata to name a few. -ones, aimed at equipping their graduates with solid capacities. in thought and manufacture, but with a strong emphasis on manufacture. 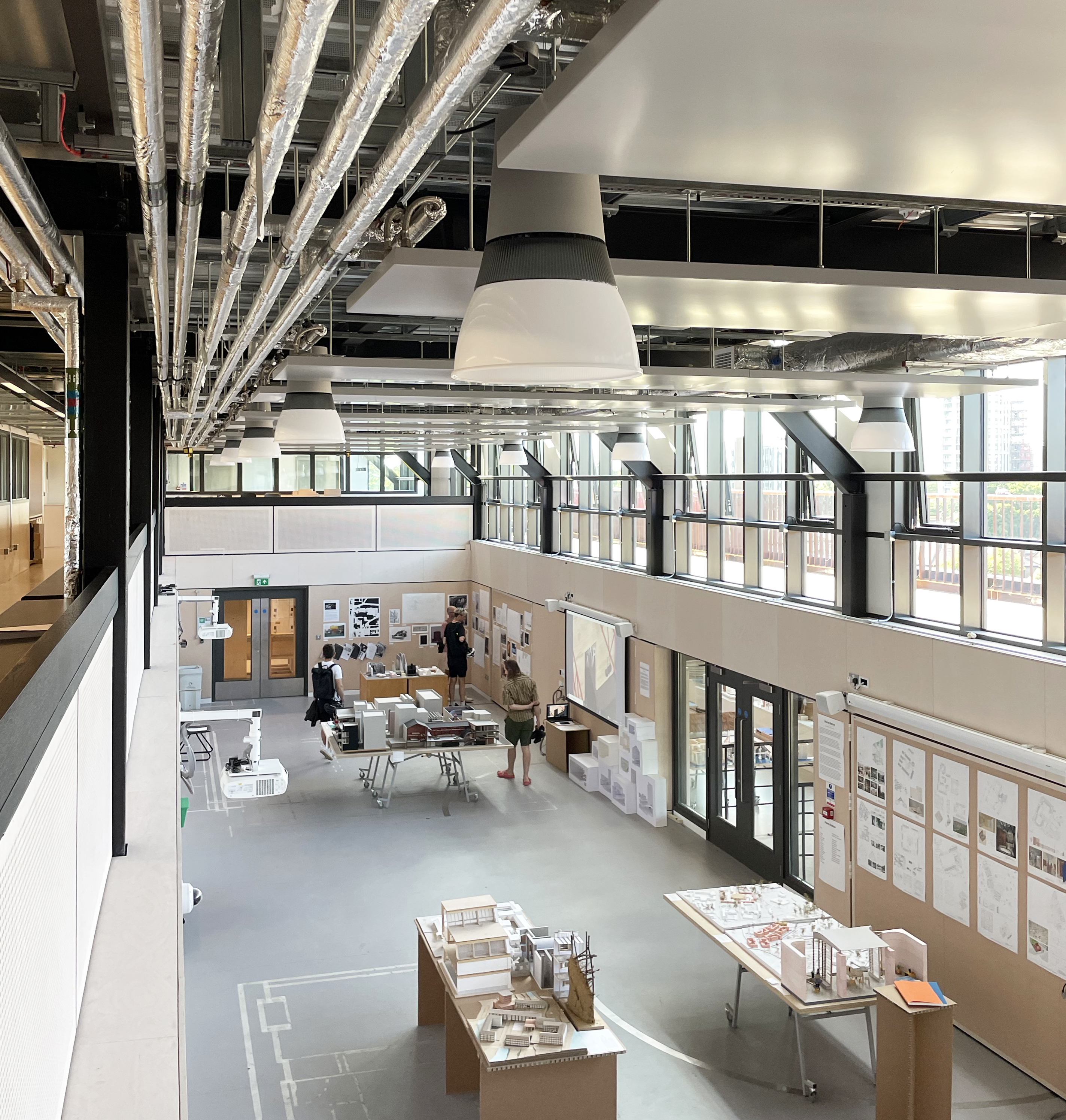 Studio atrium seen from above

The images on display are very similar to what you might expect to see at the London Met or Sheffield: understated hand drawings, whimsical painterly renderings and handmade models of wood, paper and cardboard – mostly elements of buildings and structures. All raw and ready, as if they were process parts rather than the final product. It’s what you’d expect to see at a degree show – otherwise I’d be disappointed. After all, architecture is not product design and, most would agree, that should certainly never be the end of a conversation.

The work is collaborative and, pleasantly, it feels like the students are celebrated as a whole rather than individuals who stand out. As such, I won’t identify any specific students in this review as it doesn’t seem fair to the units, who have posted their work as a whole – essentially the same way the practice works. 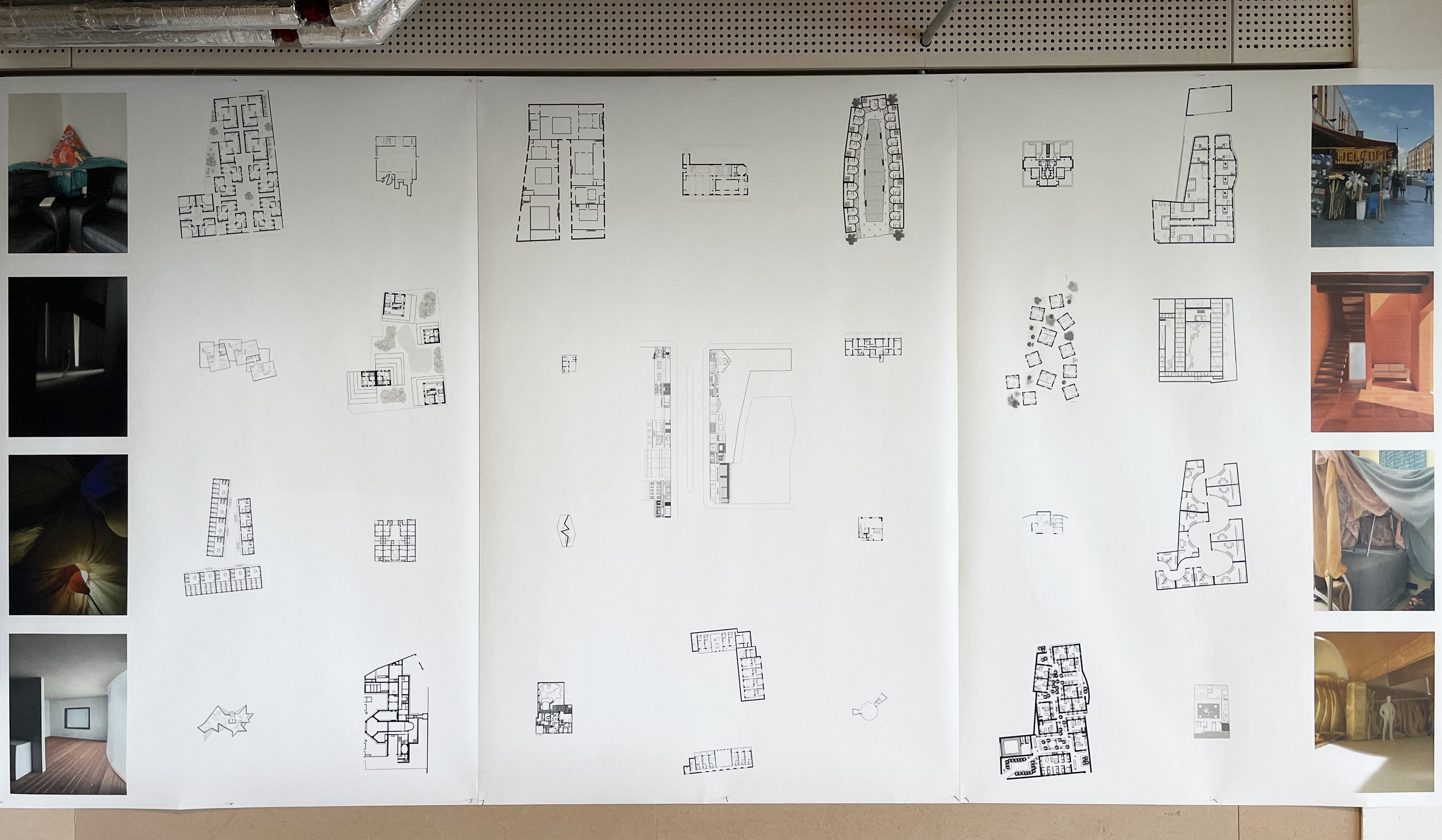 It’s nice to see the model return, especially after two years of the pandemic. As you enter the building you pass the ground floor workshop which has boutique style windows inside so you can see what is going on inside. A large choice of machines is offered, it is inspiring and encouraging. Personally, as a big fan of the handmade model to teach students about process and scale – something not always easily replicated by computer-generated equivalents – I found the work on display reassuring.

The unity of Andrew Clancy and Laura Evans (3: New Order) was surprising. All about form, the experimental models on display were conceptual, more exploratory of the materials used rather than investigating space. It seemed a far cry from the work that Clancy’s own practice, Clancy Moore, produces – thoughtful, thoughtful projects such as AJ Small Projects – Atcost shortlisted – though the beauty of his constructed work is as much about concept as mass, it maybe made sense. . 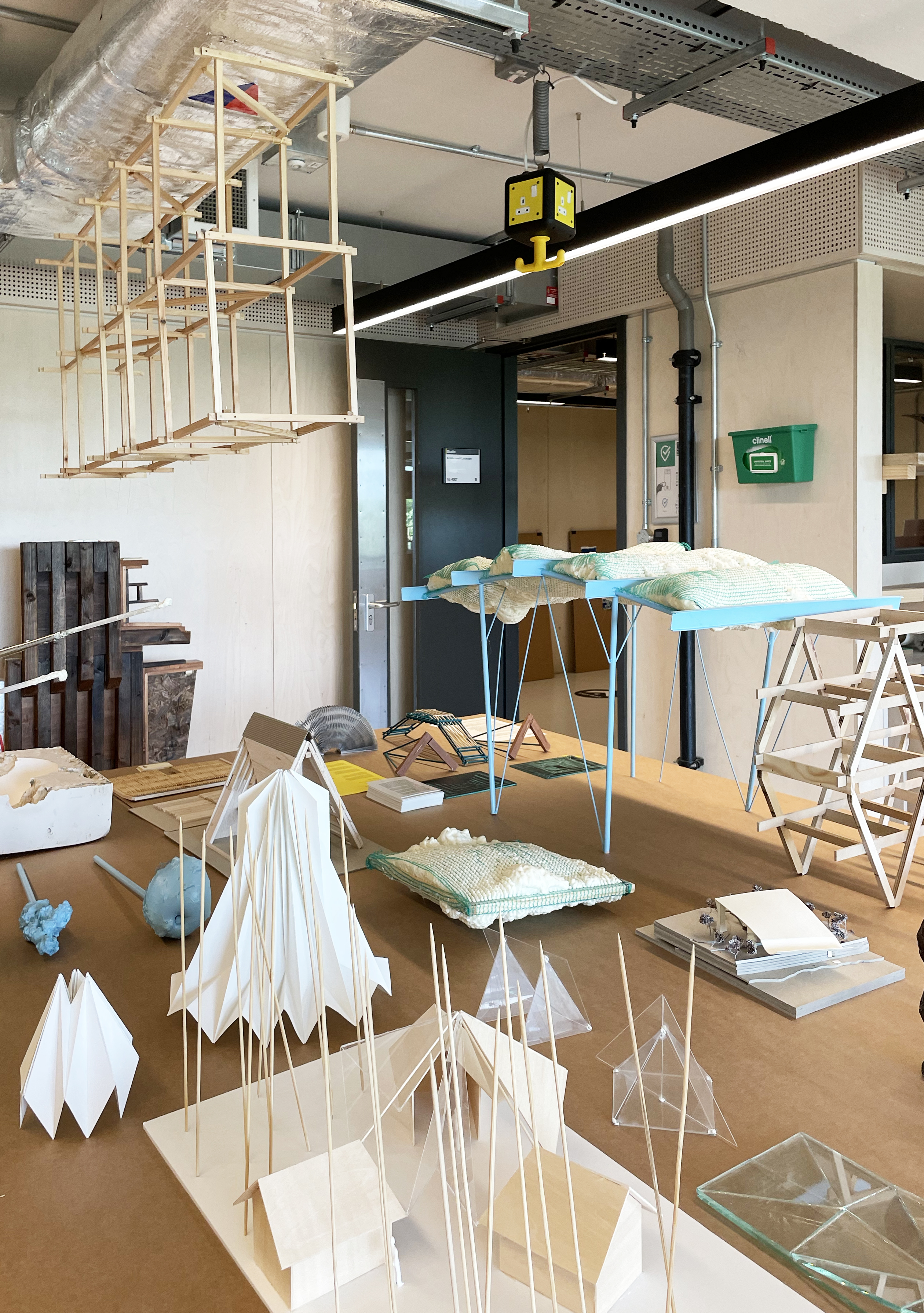 It was therefore refreshing to see that, compared to the units of the Bartlett and the RCA for example, no strict tutor-led style was implemented and the students had clearly learned from each other rather than replicating the work of the practices of their tutors. The exception was the Apparata Unit (9: From The Ground Up) which appeared to be a revamp of A House for Artists in Barking recently completed by Unit Leaders Astrid Smitham and Nicholas Lobo Brennan (who is also an Associate Professor of tectonics). 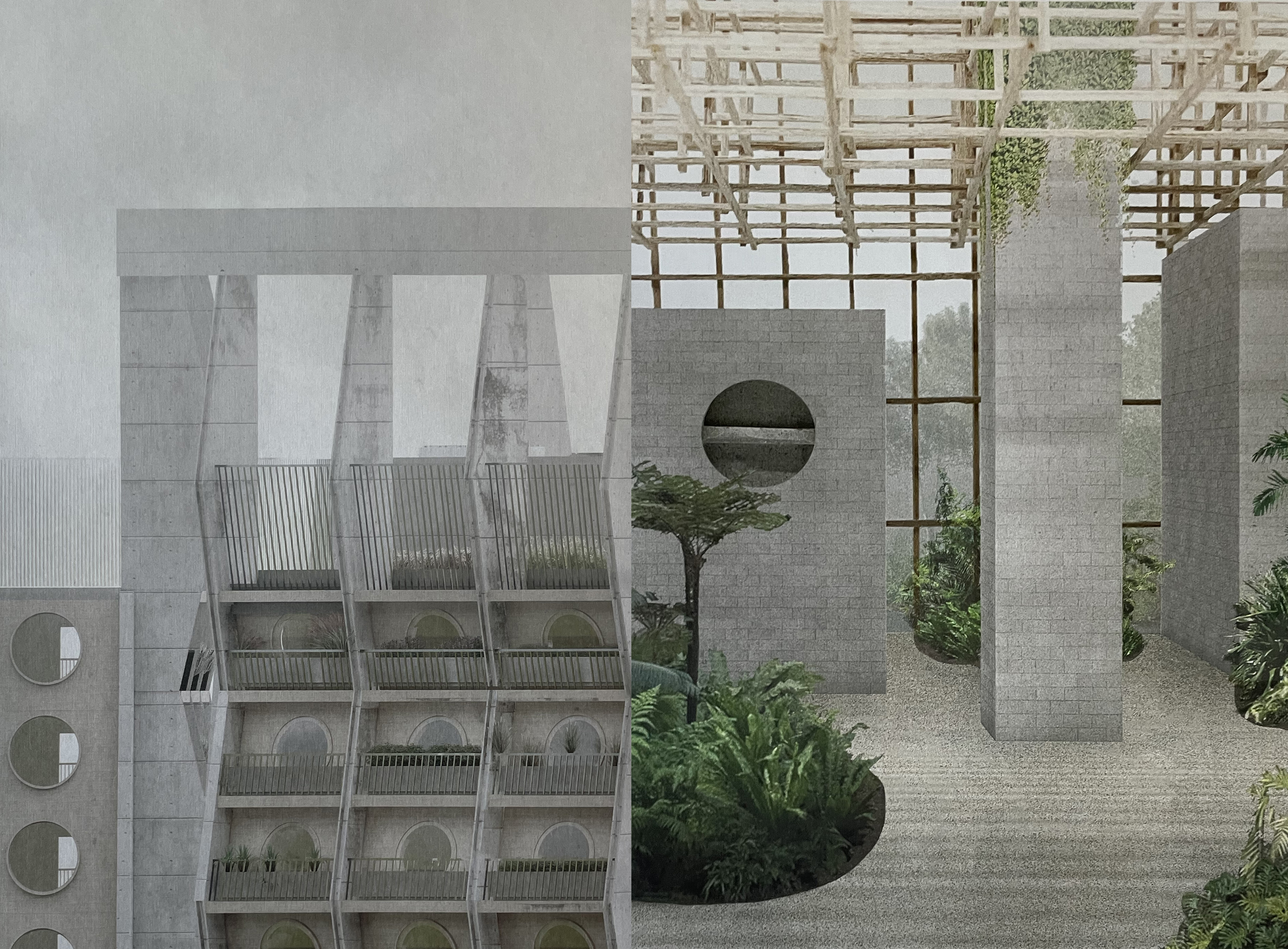 Postgraduate Unit Work 9 From the Ground Up, taught by Astrid Smitham and Nicholas Lobo Brennan

Many sites seemed to be closer to home, such as London and Kent, which was great to see as it helps reduce the impact of expensive study trips and makes it easy for students to research and understand their sites.

Year One’s work was about collective reflection and the creation of “architecture for others”. It’s energizing that this is ingrained in the students from the start rather than making architecture a kind of dark art subject influenced by layers of history and precedents that students have to go through to find their way – like this was my experience of the subject in part 1. 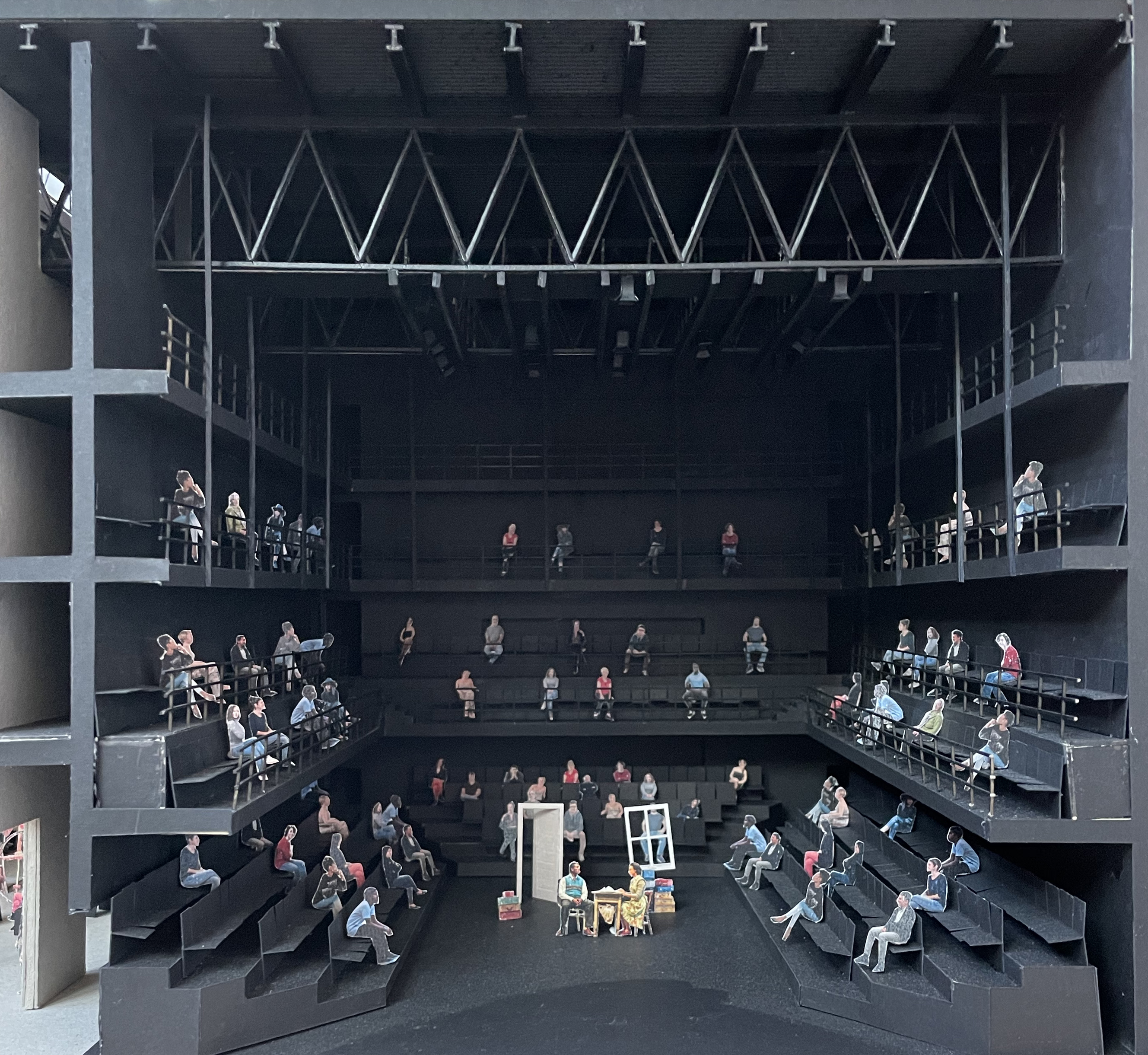 The Street – Cutaway Model by Max Greenhalgh A major aspect missing from the work on display, however, was context. This made all the beautiful patterns and designs somewhat confusing. Although I knew their sites ranged from the suburbs to the Kent coast to redevelopment sites in Tower Hamlets (there was a helpful exhibition guide designed by Kingston-grad and graphic designer Lucy Morris-Thomas), I often felt unsure of what I was watching or how it related to real life issues. Perhaps it was because much of the work seemed baseless and consisted of “fragments”. It was beautiful, but I wish I had a better understanding of what had been studied over the past year and how it relates to climate change, our housing crisis, and the politics of our built environment. 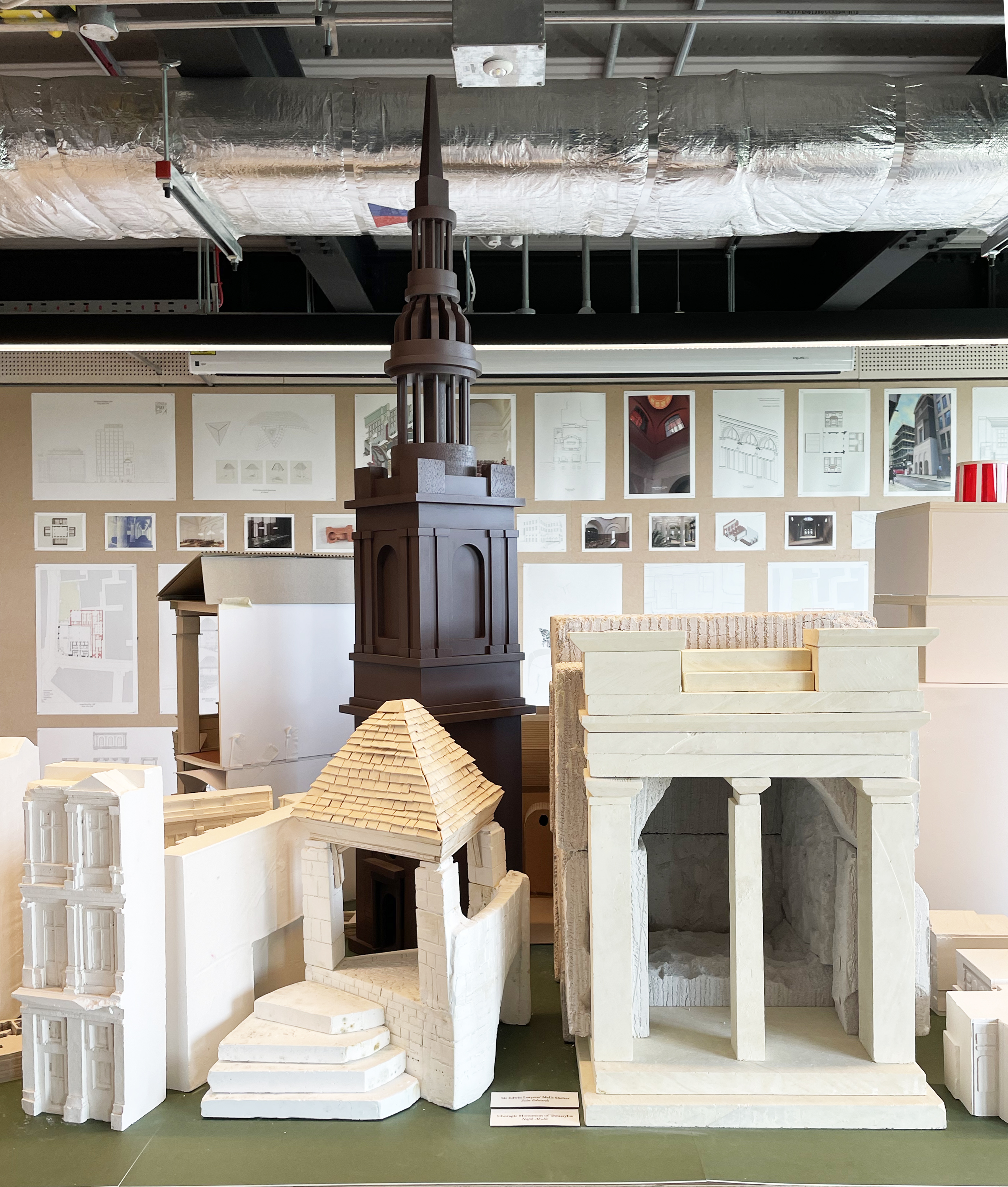 Despite this, it was evident that sustainability was deeply embedded in the thinking of the students, through materiality, innovative technologies and passive design concepts.

Overall, less is more and perhaps the show could have been more ruthless by featuring fewer designs and models but with more exploratory imagery to show exactly what the plans were. But it’s understandably difficult, after a year of intense production, and it’s obvious that the students would want to exhibit as much work as they can.

As a department, the building is understated and attractive, showing that the space one works in as a student is equally important in creating an inspiring atmosphere for students to learn from each other as well as their guardians. 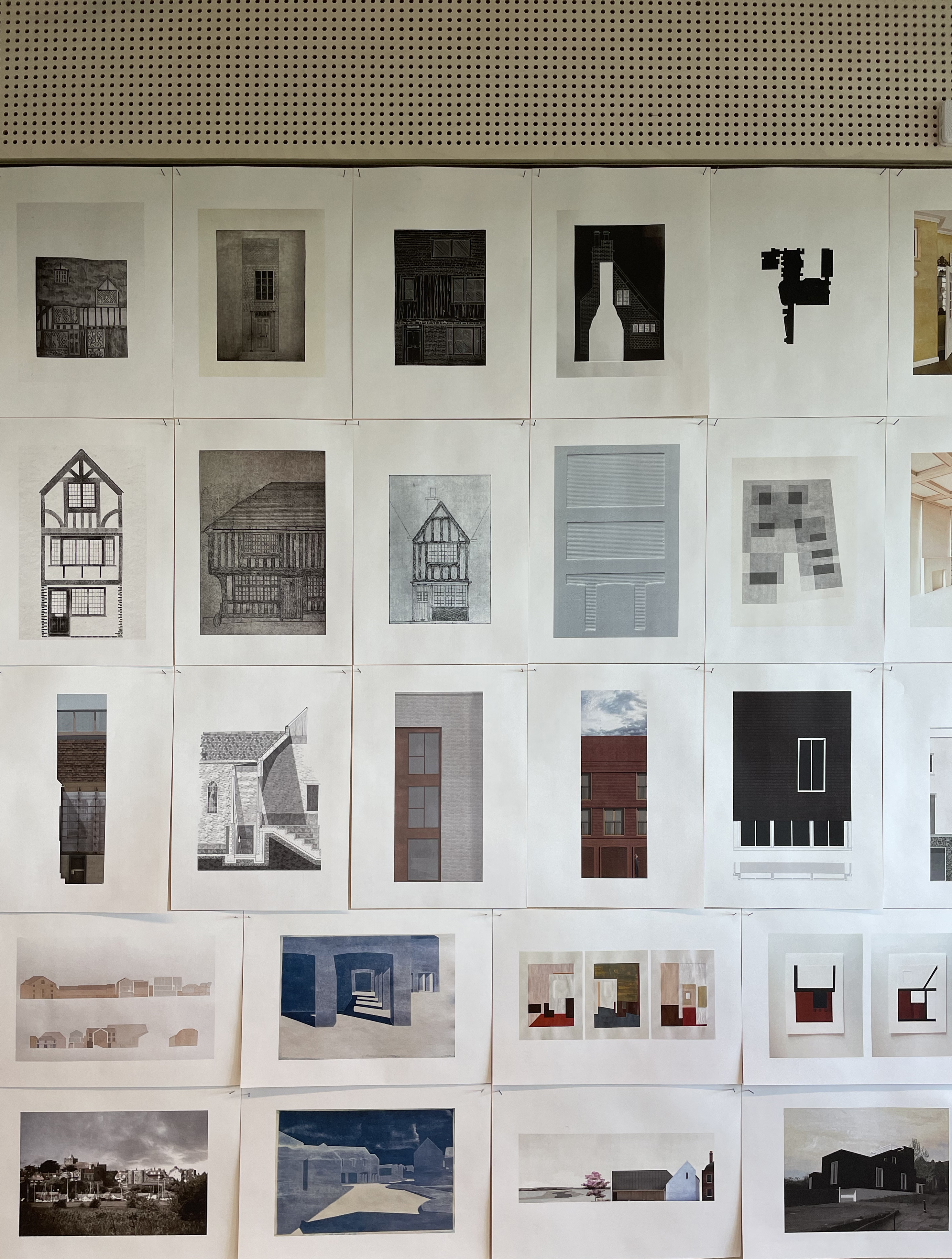 Appearing on Kingston Professor Matthew Bluunderfield Scaffold podcast in 2019, Clancy spoke of the “humility” of Kingston’s architecture departments, saying that “successful places tend to undervalue themselves.” That’s certainly true of Kingston, and the job is doing well to back it up. Classes here are collaborative and competent, yet you can tell that every student brings something valuable to it. And they have made the most of the resources at their disposal, as evidenced by this beautiful exhibition.

The KSA Diploma Exhibition took place online and in person June 6-11 at the Kingston School of Art, Knights Park Campus in Surrey. The online broadcast can still be viewed here ksashow.kingston.ac.uk/ 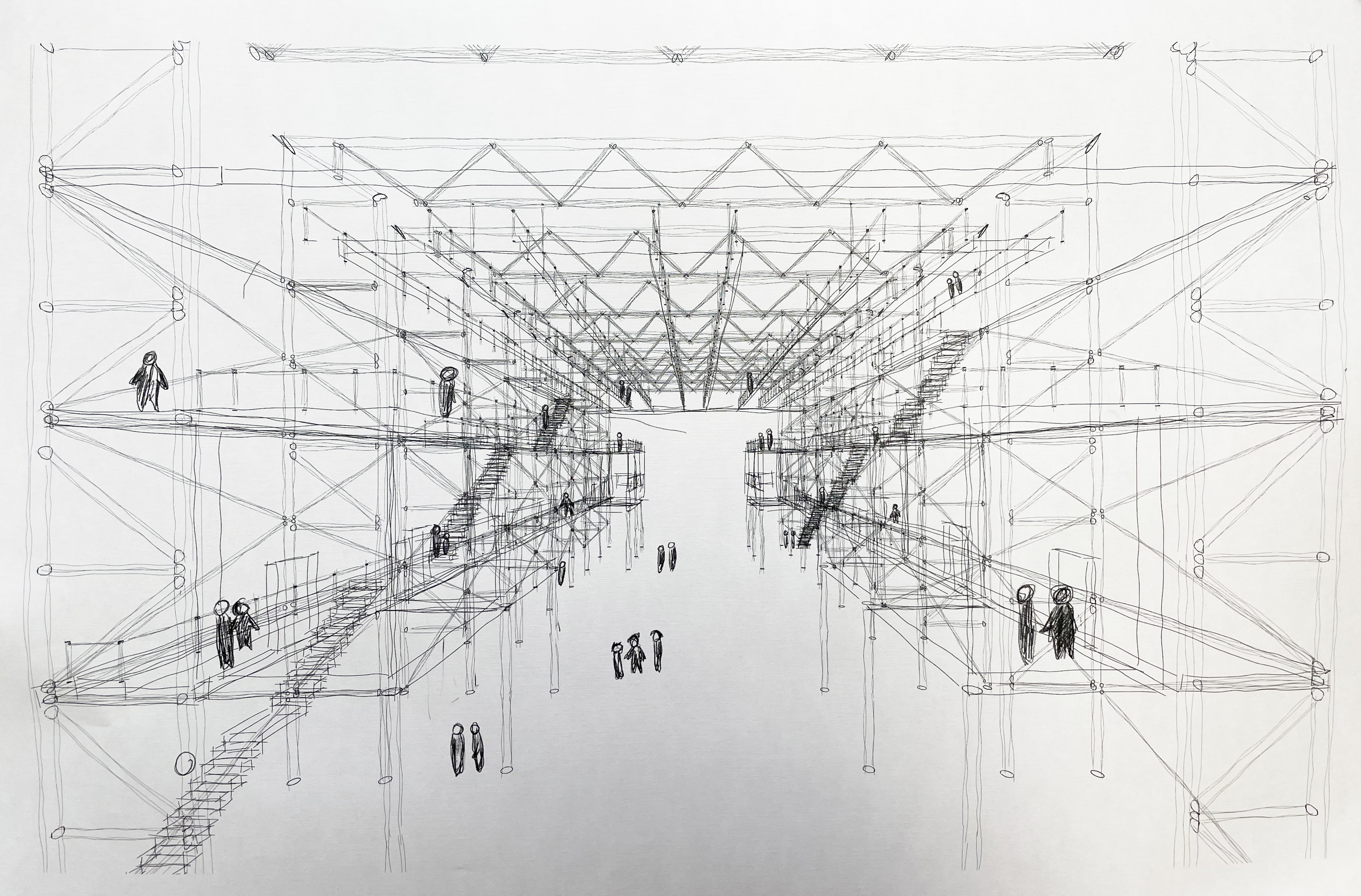